Coronavirus: The rule of 6 & a curfew on pubs 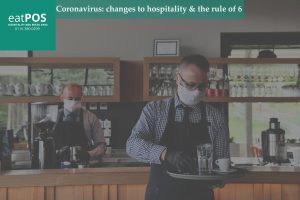 Another 4,322 confirmed cases of coronavirus were recorded in the UK on 19th September, this will be the first time more than 4,000 cases have been recorded since 1st May. Bringing the total number of cases in the country to 385,936.

As of 14th September, it is illegal for social gatherings of more than six people in England, following a steep rise in coronavirus cases. This will be enforced through a £100 fine, doubling on each offence up to a maximum of £3200. Businesses within hospitality (e.g. restaurants, pubs, hotels) can still host more than six people but individual groups must not exceed six people. There are exceptions to the rule where groups can be larger than six people, including for education purposes & charitable services.

Secretary of state for Health and Social Care Matt Hancock said the rules would be in place for the “foreseeable future”. “I really hope we can turn this round before Christmas,” he told BBC Radio 4. Professor Sir Jeremy Farrar, who is part of the government’s scientific advisory committee, said the next four to six weeks “will be absolutely pivotal to the sort of autumn and winter we have”.

In other news, a 10pm curfews will be placed on pub operations from 24th September. Martin Wolstencroft who runs 17 bars & restaurants across the country has stated it will be “disastrous news” for businesses like his, stating “after 10pm is really when we start to make money”. Michael Gove speaking to BBC Breakfast stated there was evidence a 10pm closing time has had a beneficial effect in areas where the restriction has already been tried, such as Bolton, a large town in Greater Manchester. Mr Gove denied the government was wrong to relax coronavirus measures against the virus in earlier months, he described the new restrictions as a “recalibration” which they hope will be enough to slow down the number of cases.

The burning question is; will it really make a difference to shut pubs at 10pm? Health Correspondent Nick Triggle said it will act as more of a “warning” to the public that efforts to control the virus need to be back into effect. It seems inevitable that the virus will continue to spread across the country, it is what respiratory viruses do during the colder months, especially with no vaccine & limited immunity.

These new restrictions will of course have detriment to the hospitality industry. Oliver Vaulkhard, managing director of a hospitality group in England, has had to keep 9 of its 15 venues shut, those that were open were trading at “around 60% until last week”.

We can only hope cases go down, supporting our local businesses with safe social distancing measures. We are committed to helping customers through these unprecedented times and we are constantly innovating to provide you the best experience and most seamless integration within the hospitality industry. For more information, please visit here, fill out the contact form today and one of our helpful consultants will guide you on our all in one solution, and provide you with the insight to increase efficiency within your operation.