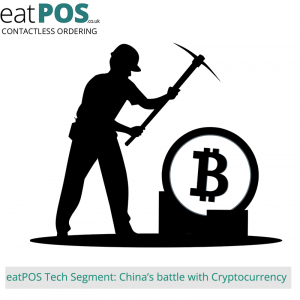 On September 24th, the crackdown of crypto activities in China hit an all-time peak with the Chinese regulators deeming all cryptocurrency transactions and mining as illegal. As a country that initially embraced the idea of a decentralized currency, local investors held an estimated 7% of the world’s Bitcoin and made up roughly 80% of trading. However, Hong Kong Investment bank founder, Jehan Chu stated, “This is the latest and perhaps final stage of the Chinese government’s crackdown on crypto.” So, what is cryptocurrency and what’s the appeal?

Cryptocurrency is a virtual currency that is secured by cryptography. Many of these currencies are decentralized which means it is different from other currencies which are overseen or controlled by a bank or other authorities. Cryptocurrency itself does not have any intrinsic value, and therefore, the price is determined by supply and demand. This leads to speculation and unpredictable fluctuations which can make trading the currency, highly profitable. As of January 2015, there were over 500 different types of cryptocurrencies – or altcoins – for trade in online markets. In addition, these currencies are secured by blockchain technology which means transactions are conducted peer-to-peer. These currencies come in various different coins. Bitcoin and Ethereum being a few of the largest, followed by many other altcoins. 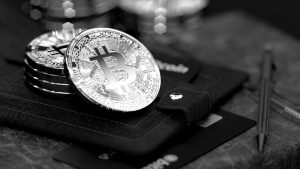 The Chinese government view blockchain currencies as an illegitimate, risk for the financial sector and something it cannot fully control. Previously, the extent of Chinese restrictions on crypto was somewhat more relaxed in comparison to recent changes. The fight primarily consisted of a set of restrictions to the industry and cracking down on more individual companies and has now escalated to almost banning all crypto activities.

The ongoing battle between crypto and China has led to a blanker ban on all transactions and dealings that regard crypto. Additionally, the ban doesn’t only apply to financial institutions but also IT and marketing providers who are now completely cut off from legal business dealings in China. Although there have been many measures taken by China in the past, speculators fear the most recent one will be most damaging. China left no room for interpretation on the new regulations as crypto leader Henri Arslanian, states that all kinds of crypto services are banned, and there is “no room for discussion. No grey areas”. 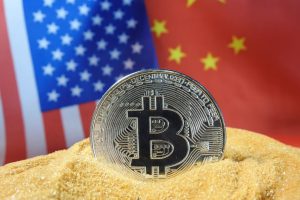 As China were previously a leading sponsor for crypto, it is interesting to look into why their stance has changed. Although their apparent fight against crypto, the People’s Bank of China is predicted to be the first major central bank to issue a digital version of its currency. China hope to create a centralized online currency as the digital yuan won’t have any presumptions of anonymity and the value will be predetermined and stable. Another key concern for China is risk from financial markets. As China’s strong stance on cracking down on financial crime, a de centralised currency can create more opportunities for such events to occur. In addition to environmental problems caused by the mining of crypto, these currencies add ways people can move money out of the country, an outflow that China have been working hard to stop. 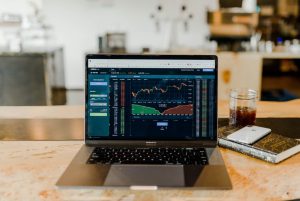 Although China’s new stance on crypto has caused some uncertainty as the price of bitcoin fell sharply in the weeks following the changes, predictions in the US are somewhat contrasting. With predictions that U.S. Securities and Exchange Commission (SEC) could go through with a long-awaited bitcoin exchange-traded fund (ETF) as soon as next month—something that could send the bitcoin price as high as $100,000. As bitcoin’s price has taken a wild ride in 2021, dropping from $60,000 to $30,000, investors back the coin to be volatile in the short term but growth in the long term. Ether started 2020 at $125.63 and grew by nearly 500 percent by the end of the year to $729.65. With ongoing upgrades such as EIP-1559 to be expected, Ethereum is predicted to have much growth in the future. This new upgrade will overhaul the transaction fee system used by Ethereum. Instead of sending fees to miners who complete tasks on the network, users will send the fee to the network itself, which will destroy the fee, reducing overall supply and subsequently increasing the value of the currency.